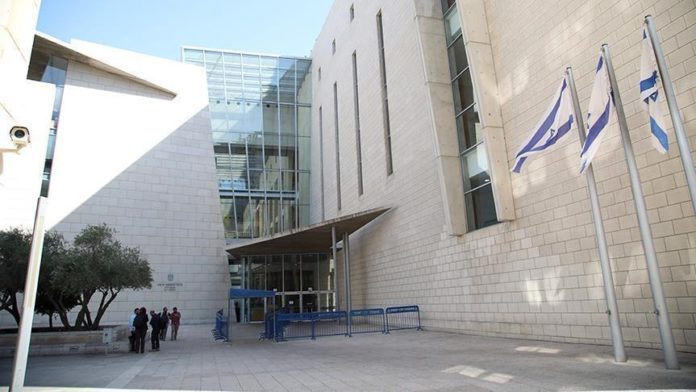 Israeli military court on Tuesday sentenced Hamas candidate Hassan al-Wardian to four months of administrative detention, in a bid to prevent him contesting Palestinian parliamentary elections scheduled on May 22.

Wardian is one of seven candidates so far arrested by Israeli security forces. They were fielded by the resistance movement Hamas — ruler of the Gaza Strip – to contest May 22 polls.

Hamas has sought the intervention of the international community to prevent Israeli interference in the Palestinian democratic process.

Hamas said their other candidate, Naji al-Aasi, was also arrested from his home in the West Bank city of Ramallah. All the seven nominees of the resistance group have been sentenced to administrative detention without any charges.

“We believe that the occupation authorities have a certain aim to target our list to terrorize the nominees and weaken it to affect its performance during the electoral process,” he said.

They also stormed the home of Shaker Amarah and threatening his family in Jericho. He is also among the list of nominees to contest the polls.

“We called on the guarantor states like Turkey, Egypt, Russia, Qatar, and EU to act seriously to stop the violations against our list. We asked them to do their role to stop the arrests and release the nominees immediately,” said Hmidan.

The arrest of candidates is provocative action. It is an obvious interference in the democratic process,” Issam Arouri, a legal researcher at Jerusalem Legal Aid and Human Rights Center, told Anadolu Agency.

“These violations are political, and the humane rights institutions should study very carefully if they can appeal through Israeli justice to stop this aggression, which is contrary to conventions between the Palestinian Authority and Israel,” Arouri added.

Last week, the Palestinian Central Elections Commission (PCEC) announced that 36 electoral lists have got registered for the legislative elections. Among the 36 lists are Hamas and the ruling Fatah party of Palestinian President Mahmoud Abbas.

The last Palestinian presidential elections were held in March 2005, and the legislative elections in January 2006.