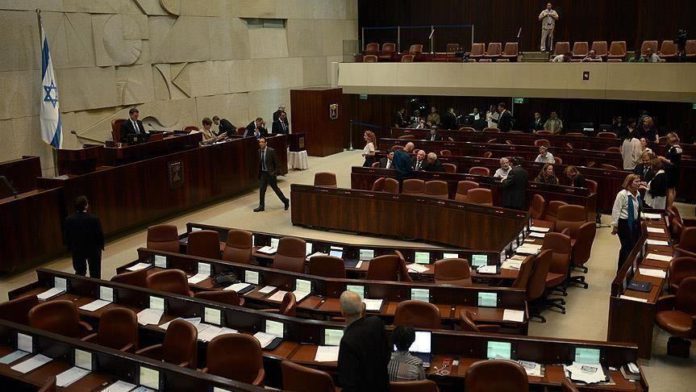 Israel’s lawmakers approved on Wednesday a preliminary reading of a bill to disband the Israeli parliament, the Knesset, and to run for early elections.

In the voting, the bill got approval from 61 lawmakers out of 120, while 54 others disagreed the bill.

But the Knesset will not be dissolved unless three more readings get the majority of the lawmakers’ votes.

The bill was proposed by Yair Lapid, the head of the Yesh Atid (There Is a Future) party in protest of the Prime Minister Benjamin Netanyahu government’s performance along with corruption accusations against the premier.

Earlier on Tuesday, Israeli Defense Minister Benny Gantz said his Blue and White party will vote for the dissolution of the parliament.

Chairman of the Joint List Ayman Odeh said his party will also vote for the dissolution of Netanyahu’s government, with 11 out of 15 Arab lawmakers voting for the bill, while the other four were not present at the vote.

In case the bill is passed, Israel will head for a fourth election in under two years.

Election of Russia, China, Cuba to UN agency angers US