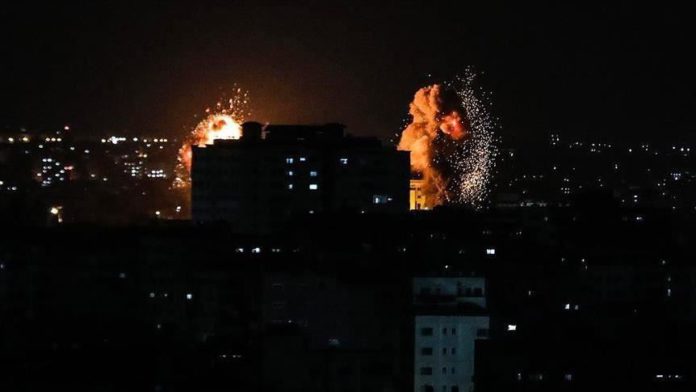 Israeli fighter jets targeted agricultural land in the east of the Gaza Strip late Sunday, according to an Anadolu Agency correspondent on the ground.

No casualties or injuries were reported.

It claimed the airstrikes were in response to rockets launched from the Gaza Strip.

No Palestinian faction in Gaza has claimed responsibility for firing the rockets.

Iran warns US of interfering with oil tankers