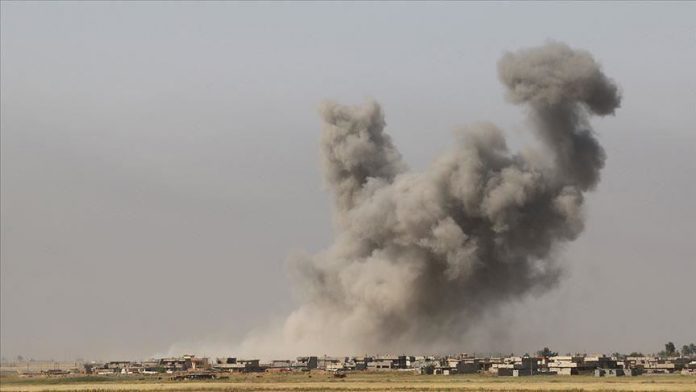 Israeli jets bombed an area in northern Gaza late Friday belonging to the Ezzedine al-Qassam Brigades, the armed wing of Palestinian resistance movement Hamas, according to sources on the ground.

The Israeli Defense Forces said on Twitter the attacks were in response to 10 rockets fired from Gaza earlier that night.