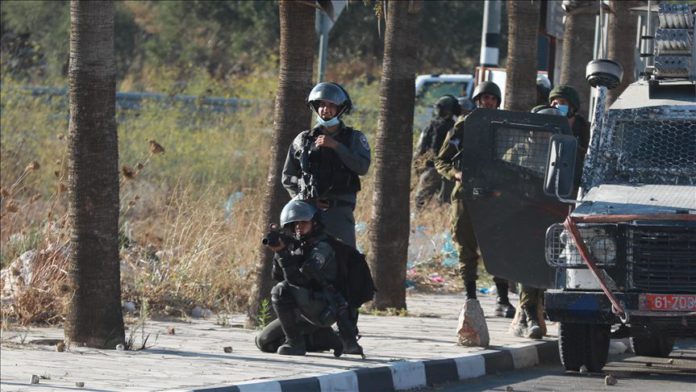 Clashes broke out between the soldiers and Palestinians in the Deir Abu Mashal region close to Ramallah.

Two Palestinians shot by live bullets were taken to a hospital and the other wounded Palestinian was taken into custody, according to a statement by the Palestinian Red Crescent.

The incident occurred when Israeli soldiers attempted to block Palestinians from joining a festival protesting Israel’s annexation plan for parts of the West Bank and the recent normalization agreement between the United Arab Emirates and Israel, local sources reported.

Despite reports that the deal halted Israel’s controversial plan to annex parts of the West Bank, Israeli Prime Minister Benjamin Netanyahu confirmed his government’s continued commitment to go ahead with the annexation plan.