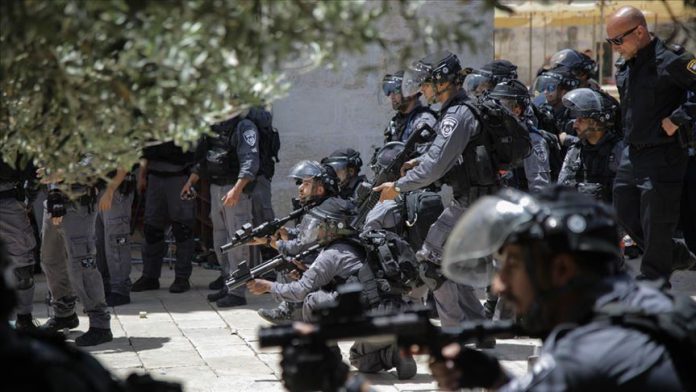 Israeli police on Friday stormed Jerusalem’s flashpoint Al-Aqsa complex on Friday, attempting to clear its grounds after the morning prayer and arresting at least 13, according to eyewitnesses.

Hundreds of Palestinians were performing morning prayers at the Al-Aqsa Mosque, in response to the social media Dawn of Hope campaign to show their devotion to the mosque and their refusal to accept Israeli incursions.