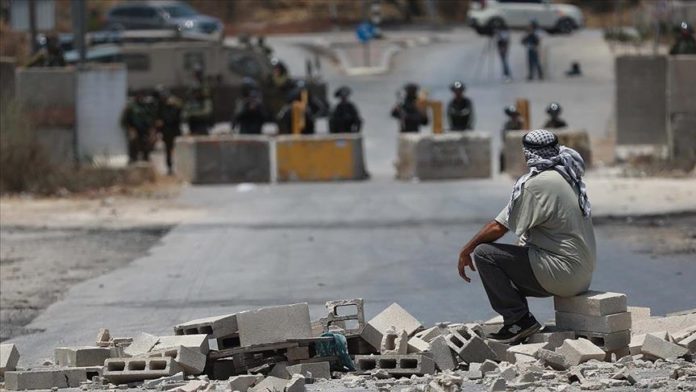 At least 25 Palestinians were injured on Friday by Israeli forces in different areas of the occupied West Bank.

After the Muslim Friday prayers, Palestinians held demonstrations against illegal Jewish settlements in parts of the West Bank, particularly in the towns of Beita and Beit Dajan near Nablus and Kafr Qaddum near Qalqilya.

According to the Palestine Red Crescent Society, 10 of the injured had been shot with live rounds and 15 with rubber-coated bullets.

Dozens were affected by the tear gas fired by Israeli forces.

During the protest in Beit Dajan, two photojournalists, one of whom was Anadolu Agency freelance photojournalist Nedal Ishtiyyah, were injured by the Israeli forces.

Ishtiyyah told Anadolu Agency that Israeli forces directly targeted the journalists, adding that he was shot in the leg with three rubber bullets.

Speaking to Anadolu Agency, Murad Ishtiwi, a coordinator for the Popular Resistance Committee, said that Israeli forces tried to disperse hundreds of Palestinians demonstrating after the Friday prayers with tear gas and live and rubber rounds, with many people affected by the gas.