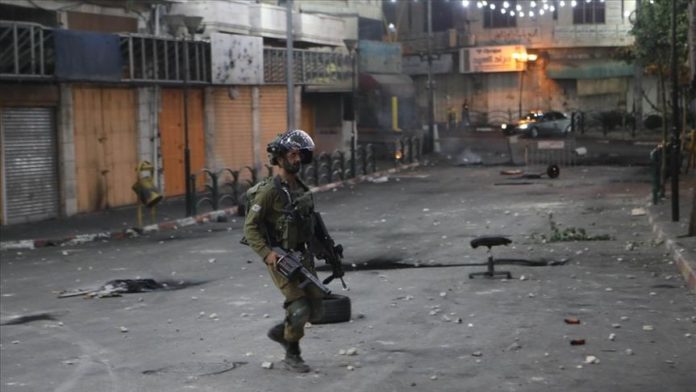 Also, multiple Palestinians were injured in the demonstrations held in the West Bank cities of Nablus, Qalqilya, and Ramallah.

Israeli soldiers dispersed the protests held across the West Bank with live and rubber bullets, and tear gas. Palestinians pelted stones at the soldiers and burned tires.

The fatality was confirmed by the Palestinian Health Ministry in a statement, however, no other details were given. The ministry added that six Palestinians were injured by live bullets and taken to a hospital in Nablus.

The Palestinian Red Crescent Society put the figure of injured at nine, adding that six were taken to hospital.

According to Israeli and Palestinian figures, around 650,000 Israeli settlers live in the occupied West Bank and East Jerusalem in 164 settlements and 116 settlement-outposts.

In 1967 Israel occupied major parts of the Palestinian territories, including the West Bank, the Gaza Strip, the Sinai Peninsula, and the western part of Golan Heights.

The UN Security Council adopted several resolutions, obliging Israel to free the occupied territories, but the latter neglected all of them and continues its expansionists politics.