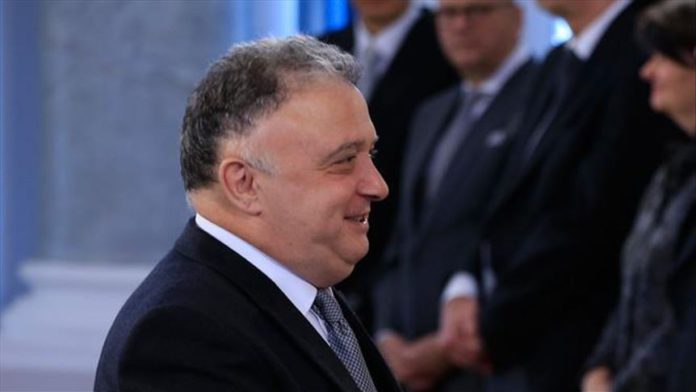 Discreet ties between Israel and UAE had begun 26 years ago with a meeting between Israeli diplomat Jeremy Issacharoff and UAE officials in Washington.

Quoting Issacharoff, who is currently Israel’s ambassador in Germany, English-language daily the Times of Israel reported that in 1994, he was approached by an American consultant who worked for Gulf countries.

The consultant wanted to know from Issacharoff, who was working as number three in the Israeli mission in Washington, the Israel response about Abu Dhabi’s bid to acquire F-16 fighter jets from the US.

The Emirates, though the consultant wanted to enquire about Israeli reaction ahead of the issue of defense sales being discussed at the Capitol Hill.

“I said, let us meet and discuss,” said Issacharoff.

Later on, at the office of the American consultant, Israeli diplomat met the Emirati academic Jamal S. al-Suwaidi who had established the Emirates Center for Strategic Studies and Research — a UAE-backed think tank.

“We met for the first time and the conversations just flowed. We talked about many different things. It became clear very quickly that the conversation was revealing a lot of similar ideas and interests that we shared, “he said.

According to the Times of Israel, al-Suwaidi and Issacharoff met a few more times and included other UAE officials also to develop a mutual trust relationship.

During the signing ceremony of the normalization agreement between UAE and Israel at the White House, Issacharoff took a picture with Yousef al-Otaiba, Abu Dhabi’s envoy to US.

Posting the picture on Twitter, he wrote: “On this day after many years of friendship and discreet contacts, we can now be photographed together without masks.”

“I have known Yousef al-Otaiba for many years. During this time, we developed a personal friendship based on trust, discretion, and mutual credibility,” Israeli diplomat told the newspaper.

Issacharoff, the former deputy director-general of Israel’s Foreign Ministry said: “One of the most important things in such discussions is to be very discreet, and to be able to maintain your credibility.”

Eventually, the UAE got the F-16 aircraft.

Regarding the Palestinian cause, the diplomat said: “In all of the conversations that we had, the UAE raised the Palestinian issue. It was very clear what our respective positions were on this issue. It didn’t prevent us from having this broader regional discussion.”