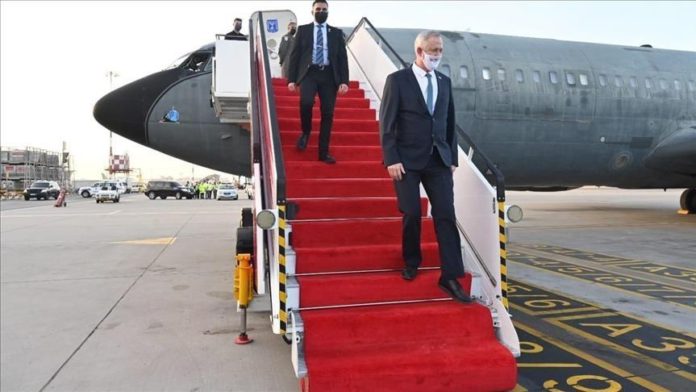 Israeli Defense Minister Benny Gantz on Thursday visited the US Fifth Fleet stationed in Bahrain and met with its commander Brad Cooper.

According to the Israeli army radio, the meeting was attended by Israeli Navy chief David Saar along with commanders from the Royal Bahraini Navy Force.

It added that the meeting dwelt on the protection of the international shipping routes in the Persian Gulf and the Red Sea.

The Israeli Walla news website quoted Gantz as saying following his meeting with Cooper that cooperation between the Israeli army and the US 5th Fleet increased in the past year thanks to the Abraham Accords and Israel’s move to the US CENTCOM.

In September 2020, the United Arab Emirates and Israel signed a US-sponsored deal to normalize their relations. Since then, the two countries have signed dozens of bilateral agreements in various fields, including investment, banking services, and tourism.

Three other Arab states – Bahrain, Morocco, and Sudan – joined the United Arab Emirates in the controversial move that came to be known as the Abraham Accords.

The normalization deals have since drawn widespread condemnation from Palestinians, who say the accords ignore their rights and do not serve the Palestinian cause.

CENTCOM directs the US military operations in the Middle East and North Africa where Israel joined it in 2021.

Gantz arrived in Bahrain’s capital Manama on Wednesday for his first official visit to the kingdom.