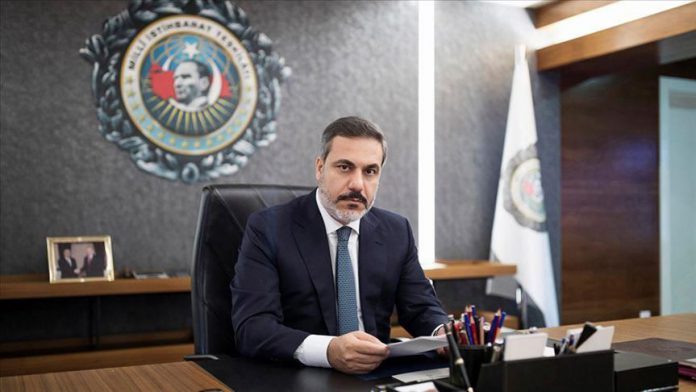 The article by Pazit Rabin with the headline Sultan and Soleimani resorted to mud-slinginging attacks on Hakan Fidan, head of the Turkish National Intelligence Organization.

It drew so-called parallels between Fidan and Qasem Soleimani, an top Iranian general who was killed in a U.S. drone strike in Iraq, earlier this month.

It went on to say both were carrying out proxy wars on behalf of their countries in Iraq and Syria.

Over 100 kg of marijuana seized in southeastern Turkey