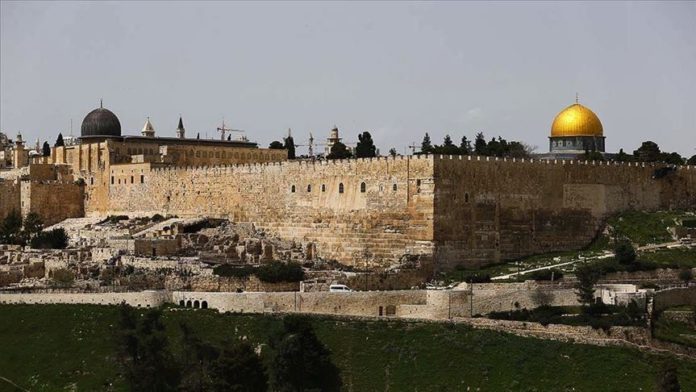 An Israeli court on Monday ordered the closure of Bab al-Rahma, the eastern gate of Jerusalem’s Al-Aqsa mosque, according to the authority responsible for overseeing the city’s Muslim and Christian holy sites.

In a statement, the Jordan-run Islamic Endowments Authority said it has received a letter from the Israeli Police Directorate informing it of the court’s decision to close the gate.

“Al-Aqsa is superior to be subject to any court or political decision by the Israeli authorities,” the statement said.

“Muslims do not endorse or recognize these illegal decisions by the [Israeli] occupation, and therefore do not abide by them,” it said, adding that the Bab al-Rahma is an integral part of the Al-Aqsa Mosque.

It remains unclear the reason behind the gate’s closure by the Israeli court.

For Muslims, the Al-Aqsa represents the world’s third holiest site. Jews, for their part, refer to the area as the “Temple Mount”, claiming it was the site of two Jewish temples in ancient times.

Israel occupied East Jerusalem, in which the Al-Aqsa is located, during the 1967 Arab-Israeli War. It annexed the entire city in 1980 in a move never recognized by the international community.

International gamers to gather in Istanbul