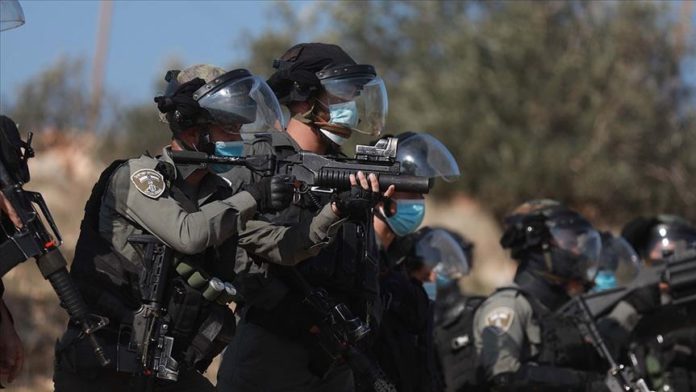 A Palestinian was shot dead Tuesday by the Israeli army for allegedly trying to carry out a stabbing attack in the occupied West Bank.

Palestine’s Health Ministry told Anadolu Agency that the Palestinian Civil Liaison Department — the official contact point with Israel in civil affairs — informed it of “the martyrdom of a Palestinian who was fatally shot by the occupation [Israeli army] south of Bethlehem.”

In a statement, the Israeli army said: “There were reports that a stabbing operation was foiled at the Gush Etzion Junction — located between Bethlehem and Hebron southern of the West Bank — and the Palestinian was shot.”

For his part, Muhammad Awad, an activist in the settlement resistance field identified the martyr as Ahed Al-Khalil, 35, from the town of Beit Ummar, Hebron.

He added that after the incident, the Israeli intelligence service summoned his father and three of his second-degree relatives to the Etzion center for investigation.

Awad pointed out that Israeli forces closed all entrances to the town and prevented entry and exit.

First round of Libyan political talks to begin Wednesday