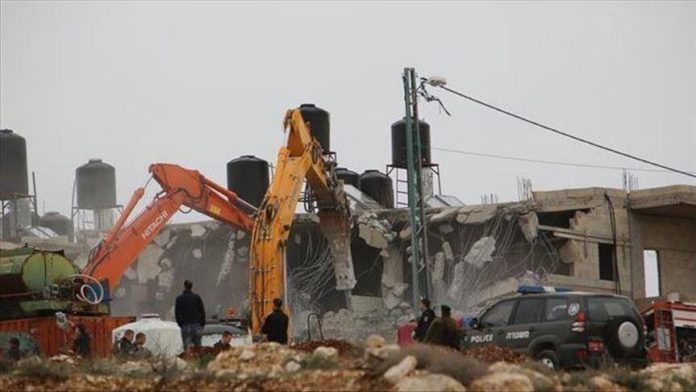 The Israeli army early on Monday killed a Palestinian and wounded five others after storming the Silat Al-Harithiya village, north of the occupied West Bank.

The Palestinian Ministry of Health in a statement identified the deceased as 17-year-old Muhammad Abu Salah.

Meanwhile, the Palestinian Red Crescent Society stated in a statement that it treated five people with injuries caused by live bullets, describing the condition of three of them as serious.

The Israeli forces demolished a house in the same village which belonged to a prisoner accused of killing a settler.

The house of the prisoner, Mahmoud Jaradat, was demolished by explosives, according to an Anadolu Agency correspondent on the ground.

Prior to the demolition, clashes erupted between the Israeli forces and local residents.

Israeli forces, accompanied by a military bulldozer, stormed Silat Al-Harithiya, and laid siege to it, preventing entry and exit of vehicles.

On Dec. 20, Israel notified four Palestinian families in the village that it plans to demolish their houses on grounds that five of their relatives were allegedly involved in a shooting on settlers near Nablus on Dec. 16, in which one settler was killed and two others were injured.

Israeli forces have made it a custom to demolish the houses of Palestinians it accuses of involvement in attacks on Israeli settlers.