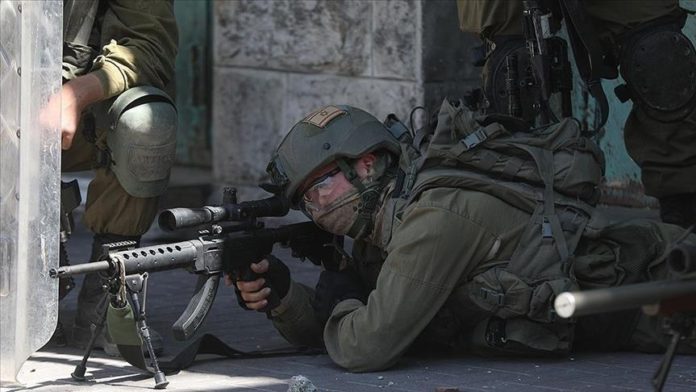 A Palestinian youth was injured by Israeli gunfire and 12 others were detained during Israeli raids on Wednesday in the occupied West Bank, according to a local official.

Musa Hamayel, the deputy mayor of Beita town in Nablus, told Anadolu Agency that Israeli forces stormed the town at 2:00 am before dawn, and launched a massive detention campaign, arresting 13 youths before releasing two of them later.

He said the Israeli forces withdrew at 4:30 am local time and set up a checkpoint at the main entrance to the town.

Beita witnesses almost daily Palestinian protests against the establishment of the Avitar outpost settlement in the Jabal Sabih neighborhood.

Four Palestinian protesters had been killed in earlier clashes with Israeli forces in the town.

Israel is building a settlement outpost, known as Avitar, after occupying around 1,000 square meters of land in the town’s Jabal Sabih neighborhood, triggering the protests.

In Tubas city, northeast of Nablus, a young man was wounded in the leg by Israeli fire and another detained during clashes between Israeli forces and youths protesting an Israeli raid into Fara refugee camp south of Tubas.