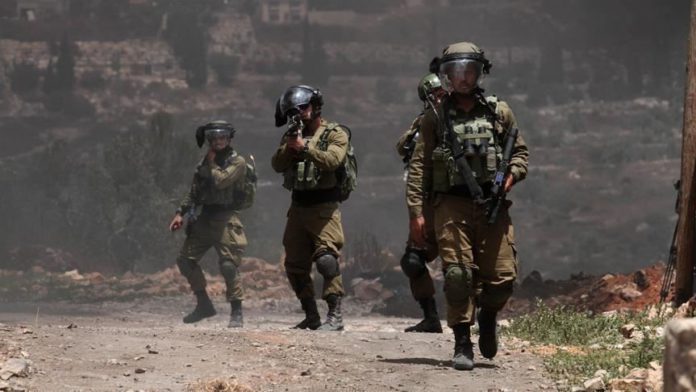 At least seven Palestinians, including a photojournalist working with Anadolu Agency, were injured as Israeli forces use rubber bullets and tear gas to disperse the protesters demonstrating against settlements building in the occupied West Bank.

Palestinians held a demonstration in the town of Kafr Qaddum, north of the West Bank, to protest the illegal Jewish settlements and Israel’s separation barrier, which snakes through the West Bank.

The Israeli army used rubber bullets and tear gas to break up the marches, with protesters pelting stones at Israeli soldiers.

Shtayyeh, who got his leg injured, said that he was treated by Palestinian medical teams in the area and his health condition was good.

He was injured by Israeli forces for the second time in five months.

In May, Shtayyeh was injured in his foot with a rubber bullet by Israeli forces while he was covering the rally of Kafr Qaddum.