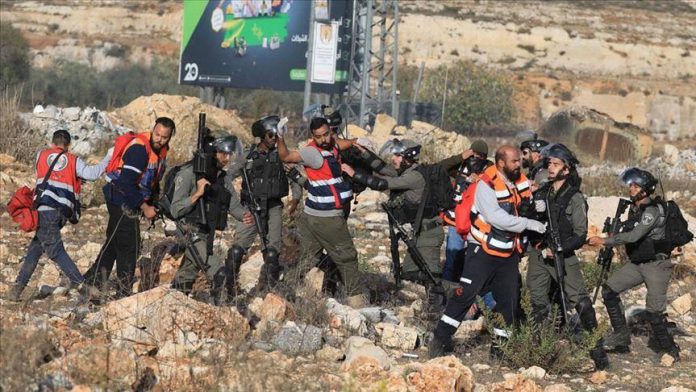 A group of students from Birzeit University in Ramallah, an occupied West Bank city, convened for a demonstration protesting the Israeli attacks.

Israeli troops used tear gas and plastic bullets to disperse Palestinian students, while the students threw stones at the soldiers in response.

The plastic bullets wounded five Palestinians, and one was injured with a live bullet. Dozens were affected by tear gas during the intervention of Israeli soldiers.