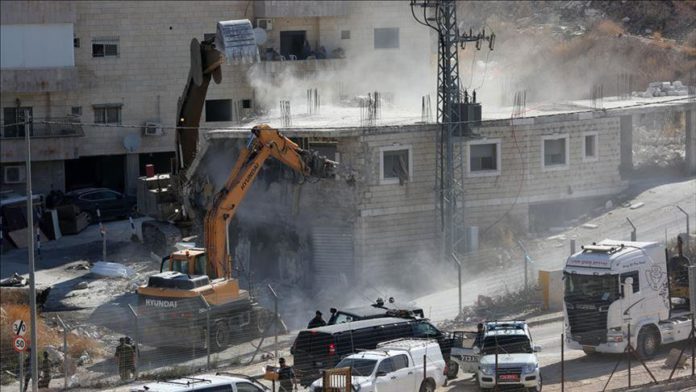 Eyewitnesses told Anadolu Agency that an Israeli military force razed two homes in the village of al-Janab in the Hebron province.

The Israeli army also brought down a room used as a store for agricultural tools and animal feed, and a pool for collecting rain in the Wadi al-Awar area in southern Hebron.

Israel blocks Palestinians from building in Area C, which it seeks to annex.

Area A represents 18% of the West Bank and is controlled by the Palestinian Authority in terms of security and administration.