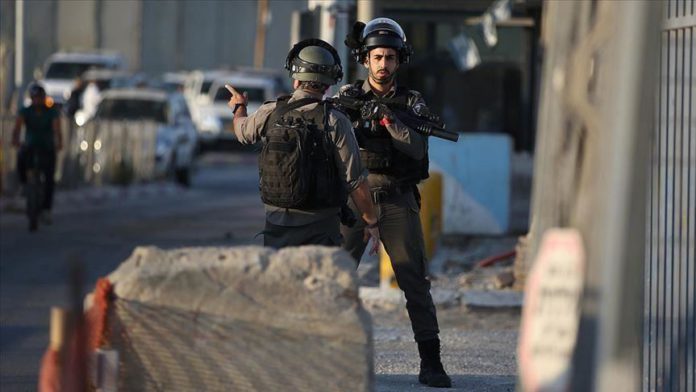 At least five people were injured on Friday as Israeli army cracked down on separate marches of Palestinians marking the 53rd anniversary of the setback day or Naksa in Arabic.

Separate marches took place across the occupied West Bank in which they raised the Palestinian flag and chanted slogans condemning the Israeli occupation and its repressive practices.

A Palestinian was injured by a metal bullet in the head while Israeli forces were dispersing a march in northern Jordan Valley.

In Kafr Qaddum, Murad Shtaiwi, the coordinator of the Popular Resistance Committees, told Anadolu Agency that four Palestinians were injured by metal bullets and dozens of people were affected by tear gas.

On Thursday, Palestinian factions called for the wide popular participation in marches condemning the occupation and the Israeli decision to annex parts of the West Bank and to commemorate the Naksa day.

On June 5 of each year, the Palestinians commemorate the 1967 war, which entailed Israel’s occupation of the Gaza Strip and the West Bank, the Egyptian Sinai Peninsula and the Syrian Golan Heights.