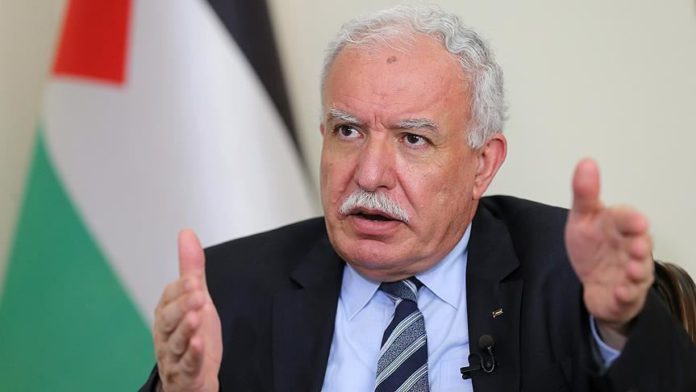 Palestinian Foreign Minister Riyad al-Maliki said Thursday that Israel’s annexation of the occupied West Bank will end the two-state solution and place Al-Aqsa Mosque in danger of being demolished in order to build a temple.

Al-Maliki told an urgent videoconference meeting of the Arab League that the “Israeli annexation step must not be implemented and we as Arabs have capacities and relations to prevent it.”

Such a move would turn the conflict from “a political to a religious one which will last forever,” he said, and urged the international community to pressure the “Israeli government to prevent it from implementing such an annexation plan.”

Palestinian officials threatened to cancel bilateral agreements with Israel should it go ahead with the annexation plans.