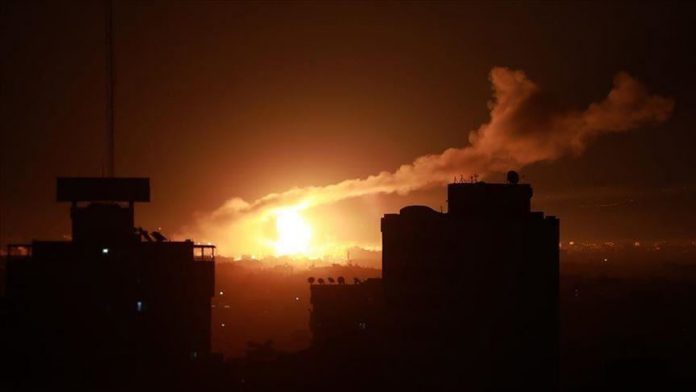 Israel carried out airstrikes in the north of the Gaza Strip early Sunday.

No casualties were reported by the Palestinian Ministry of Health in Gaza.

The Israeli army said it hit structures belonging to the military wing of Hamas.

The airstrikes, the army claimed, were in response to rockets allegedly launched from Gaza toward Israel on Saturday.

No further information was provided on the rocket fire and no one has yet claimed responsibility.

* Writing by Jeyhun Aliyev from