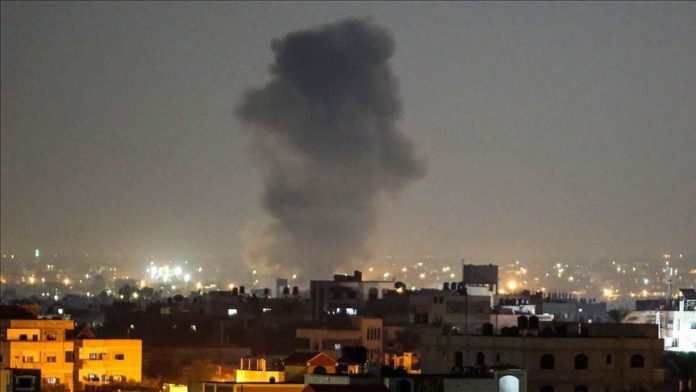 Israel carried out airstrikes early Sunday in the northern Gaza Strip in response to rocket fire, according to security sources.

The Israeli military said in response to three rockets fired from Gaza into Israel, that jets and helicopters hit Hamas targets in Gaza.

According to security sources in Gaza, seven positions in Jabalia, belonging to the Ezzedine al-Qassam Brigades, the armed wing of Palestinian resistance group, Hamas, were hit by Israel.

No casualties have yet been reported.

The Israeli army claimed three rockets were launched from Gaza and its iron dome defense system shot down two of the missiles.