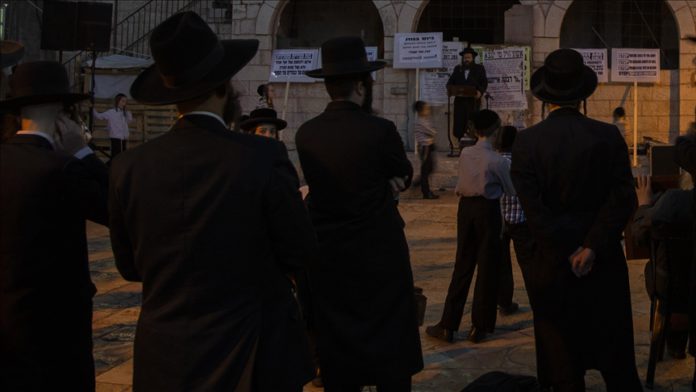 Over a thousand ultra-Orthodox Jews opposed to compulsory military service blocked roads in Jerusalem on Tuesday following a man’s arrest.

Demonstrators gathered near the central bus station in West Jerusalem to protest the detention of a 20-year-old student at a Jewish religious school for rejecting his mandatory conscription.

Israeli police intervened, with clashes breaking out between the two sides, and a police officer was slightly injured.

The vast majority of ultra-Orthodox Jews, or Haredis, who make up 10% of Israel’s population, refuse to join the Israeli army on the grounds that they cannot fulfill their religious duties.

Haredis, living mainly in the cities of Jerusalem and Bnei Brak, do not accept the secular education system in the country and receive their education only in their own religious schools.