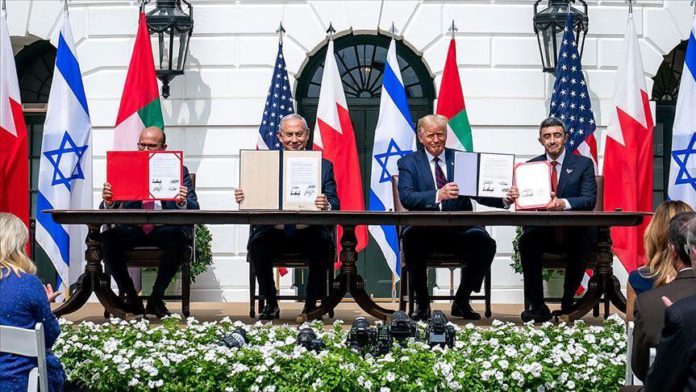 Israel, the United Arab Emirates (UAE) and US announced on Tuesday the establishment of a development fund during the first-ever visit of an Emirati delegation to Tel Aviv.

The Abraham Fund, derived from the Abraham Accords, the official name of the normalization deal between Israel and the UAE, will be launched with an initial investment of $3 billion, said US International Development Finance Corporation CEO Adam Boehler.

He said the Jerusalem-based fund aims to promote economic cooperation and prosperity in the Middle East and North Africa.

In a statement, the US Embassy in Israel said the fund is “a manifestation of the new spirit of friendship and cooperation between the three countries, as well as their common will to advance the region”.

On Sept. 15, the UAE and Bahrain agreed to establish full diplomatic, cultural and commercial relations with Israel after signing controversial agreements at the White House.