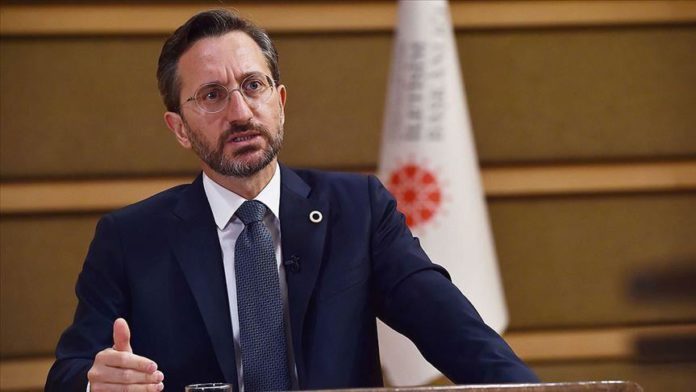 Turkey again lambasted on Friday a recent deal between the UAE and Israel to normalize ties between the two countries, saying the agreement is null and void for Turkey.

“This step, which ignores the rights of Palestinians, has already been condemned in the conscience of the peoples of the region, especially the Palestinians,” Communications Director Fahrettin Altun said on Twitter.

Altun stressed that the agreement had clearly shown “those who are behind the wave of instability that took the region for a long time,” as well as those who had been “using the Palestinian people’s righteous cause for their own interests.”

He underlined that Turkey has always supported a fair resolution to the conflict in Palestine and would oppose third countries trying to claim ownership of the issue, threatening the existence of Palestinians and disregarding their rights.

He went on to say that the Israel-UAE deal damaged prospects for peace and conciliation that the world wants in the region.

“Unfair steps taken without the consent of the parties will not bring peace to our region,” he said, calling on everyone to react to this dangerous cooperation for the peace and prosperity of the region.

“Turkey will never leave Palestine alone on any platform.”