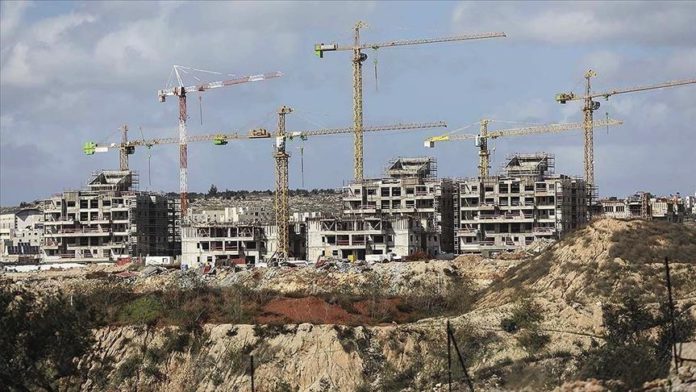 Israel’s construction of 9,000 settlement units north of Jerusalem will wipe out what is left from Jerusalem International Airport, according to a Palestinian official.

Until 1967, Jerusalem airport, also known as the Qalandia Airport, was the only airport in the West Bank. When Israel occupied the territory, it restricted the use of the airport to only domestic flights before closing it completely in 2000.

“Israel seeks to build a new settlement on the land of the Jerusalem airport,” Khalil Tafakji, director of the cartography department at the Jerusalem-based Arab Studies Society, told Anadolu Agency.

Last week, the Israeli Broadcasting Corporation said the Israeli authorities have approved the construction of 9,000 settlement units in Qalandia area, north of Jerusalem.

It said the Israeli government has advanced the plan before the inauguration of US President-elect Joe Biden in January, where he clearly stated his opposition to Israeli settlement-building activity.

Tafakji said the planned settlement is part of an Israeli plan known as the Greater Jerusalem Project. “Israel is tirelessly working to carry out this project with a view to isolating Jerusalem from its Palestinian surroundings.”

Built in 1920, the Jerusalem Airport was opened in 1924 by the British Mandate authorities. In 1936, the airport began to be used for regular flights.

“The airport was constructed on an area of 1,200 dunums (297 acres). The planned Israeli settlement will be built on most of the airport land,” Tafakji said.

Israeli rights group Peace Now said in a recent report that the Israeli authorities consider the airport lands as a state-owned territory, where it can build settlement homes without confiscating lands from Palestinian owners.

The group, however, said that some of the airport lands are privately owned by Palestinian individuals.

According to the NGO, the Israeli plan includes the demolition of dozens of Palestinian homes built in the area on the pretext of lack of construction permits.

“The demolition of Jerusalem Airport means that Israel will eradicate any chance for establishing the capital of the Palestinian state in East Jerusalem,” Tafakji stressed.

The new Israeli settlement will be constructed near an Israeli industrial zone known as Atarot, which was also built on Palestinian lands.

Turkish stocks up 2.23% at Tuesday's close