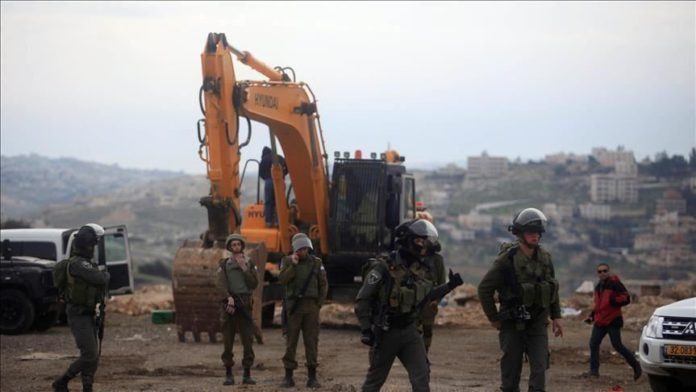 An Israeli court on Thursday ordered the demolition of a new Palestinian school in the occupied West Bank.

The court ruled that Ras al-Tenneen school in eastern Ramallah city was built without the necessary construction permit and rejected an appeal against its imminent demolition, according to Abdullah Abu Rahma, a Palestinian activist.

He told Anadolu Agency that 50 children were already enrolled in the school, which was recently built and is run by the Palestinian Education Ministry.

He said Palestinian activists have started gathering at the school to prevent Israeli officials from razing the structure.

The school is located in a part of the occupied West Bank classified as Area C, which is under full Israeli control according to the Oslo Accord of 1995.

According to Palestinian activists and officials, Israeli authorities have torn down more than 500 Palestinian buildings and structures this year.