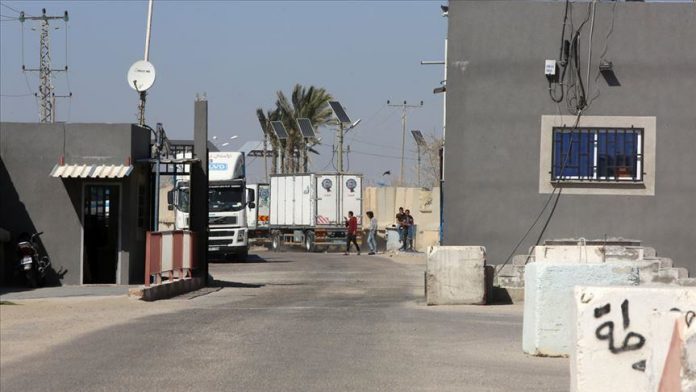 Israel will reopen the Erez and Kerem Shalom terminals with the Gaza Strip and the sea shore for Palestinian fishermen starting Wednesday after three days of closure, according to state-run television.

Camille Abu Roken, coordinator of the Israeli government’s operations in the West Bank and Gaza, said the Israeli army will also re-expand the fishing area in Gaza to 15 nautical miles and resume work at the terminals, according to KAN TV channel.

The Agricultural Work Committees Corporation in the Gaza Strip announced that Israeli authorities made the decision.

“The Palestinian Civil Liaison Authority [the point of