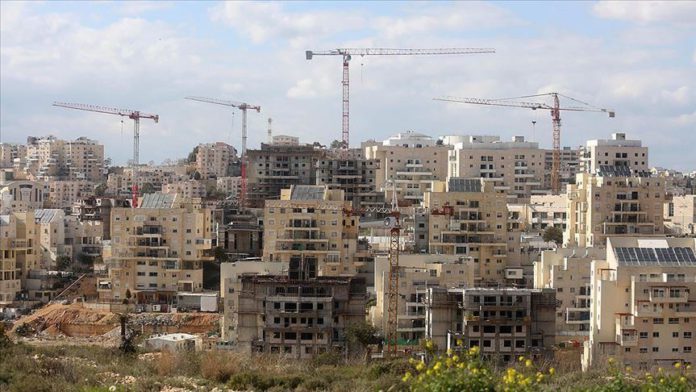 Israel has approved the construction of thousands of settlement units in the occupied West Bank.

“The Higher Planning Council [HPC] of the Civil Administration approved 4,948 settlement units in a couple dozen plans on 14 and 15 October 2020,” Israeli Peace Now, a rights group that advocates for peace, said in a statement.

The council was convened to approve the construction of the new settlement units based on the request of the Israeli Prime Minister Benjamin Netanyahu.

“These approvals make 2020 the highest year on record in terms of units in settlement plans promoted since Peace Now began recording in 2012,” the statement said.

It noted that the approved settlement units in 2020 have reached 12,159, “with possibility for another HPC meeting for another round of approvals before year’s end.”

The statement added that despite the economic crisis resulting from the ongoing coronavirus pandemic in Israel, “Netanyahu is promoting construction in isolated settlements that Israel will have to evacuate.”

“The settlement enterprise is not in Israel’s national or security interest,” it concluded.

West Bank, including East Jerusalem, is regarded as an “occupied territory” under international law, thus making all Jewish settlements there illegal.