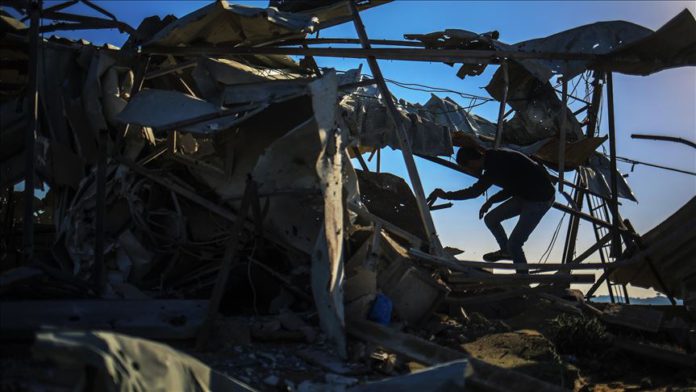 Positions of Palestinian resistance group Hamas in the Gaza Strip were targeted by Israeli shelling Wednesday, according to the military.

Three observation posts in northern and central Gaza belonging to the Izz ad-Din al-Qassam Brigades, Hamas’ military wing, were struck by the Israeli army, according to sources on the ground.

No information was reported by the Palestinian Health Ministry on casualties.

The Israeli military claimed the attack was carried out in response to rockets launched from Gaza into Israel.