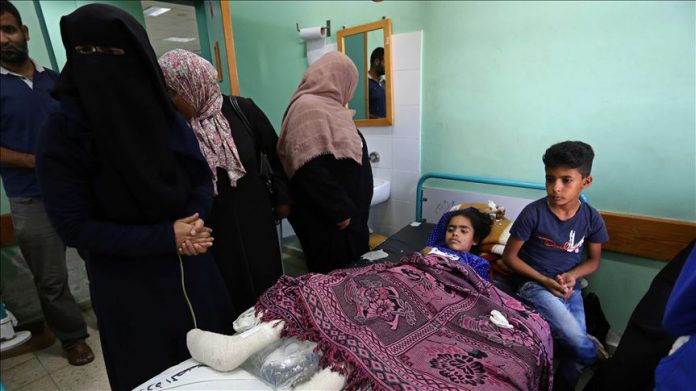 Israeli warplanes launched fresh airstrikes targeting positions of Palestinian resistance group Hamas in the Gaza Strip on Saturday, according to the military.

The army said the attacks came after two rockets were fired from Gaza toward the southern city of Beersheba and were intercepted by the Iron Dome aerial defense system.

“Hamas will bear the consequences for attacks against Israeli civilians,” the army said on Twitter.

Hamas is the de facto ruler of the Gaza Strip, which has been under a crippling Israeli blockade since 2007.

A tentative cease-fire has been in place in Gaza since Thursday,