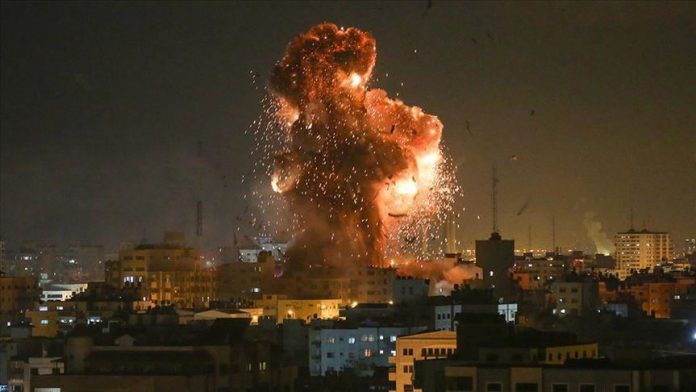 Israeli warplanes launched airstrikes targeting positions of Palestinian resistance group Hamas in the Gaza Strip on Wednesday, according to the military.

Positions belonging to the Izz ad-Din al-Qassam Brigades, Hamas’ military wing, in the southern city of Khan Yunis and some agricultural lands in Deir al-Balah city in the central Gaza Strip were hit by rockets launched from Israeli warplanes, according to sources on the ground.

No details have been released by the Palestinian Ministry of Health on casualties from the attack.

COVID-19: Turkey brings its expats back from Kuwait

Turkey's Borsa Istanbul up %0.59 at close