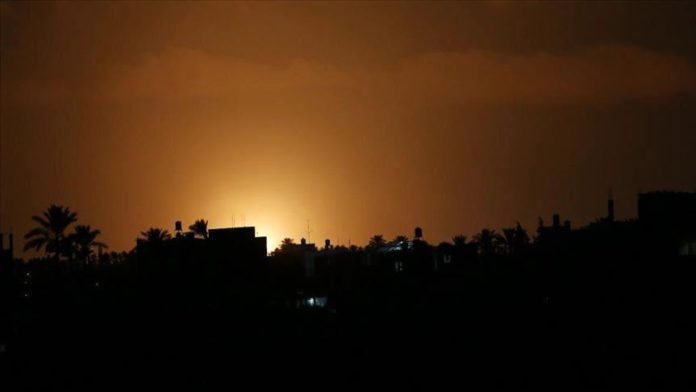 Israeli warplanes carried out airstrikes targeting positions of Palestinian resistance group Hamas in the Gaza Strip on early Saturday, according to Palestinian sources.

There were no immediate reports of casualties.

The Israeli army has not commented about the airstrikes.

On Friday, the Israeli army announced that a rocket launched from Gaza to the southern Israeli town of Sderot was destroyed.