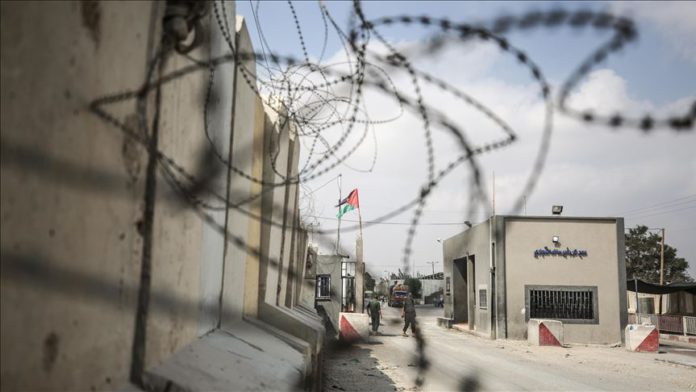 The Israeli Public Broadcasting Corporation said Defense Minister Benny Gantz ordered the closure due to the continued launching of incendiary balloons from Gaza.

A Palestinian official who did not want to be named told Anadolu Agency that the Israeli authorities had been preventing the entry of construction materials to the Palestinian side.

According to Israeli media, 12 fires broke out yesterday due to the launching of the balloons in five residential areas near Israel’s border with the Gaza Strip.