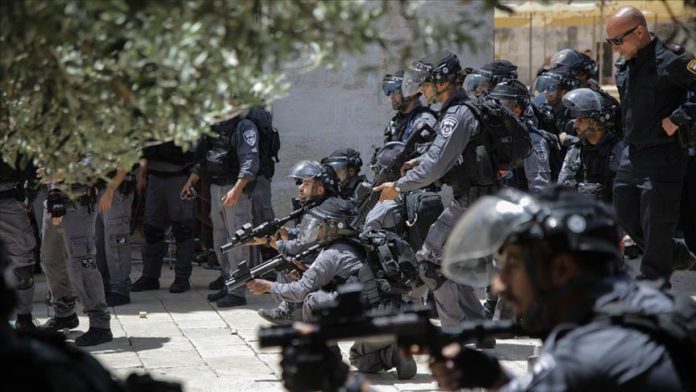 Israeli authorities on Wednesday shut down Al-Rasasi Mosque in Jerusalem.

The Muslim house of worship — located near Al-Aqsa Mosque, the third holiest site in Islam — was shut for six months on the grounds that parts of it were being used as an office by Jerusalem’s Jordan-run Religious Endowments Authority.

The offices of Palestinian state television and the Palestinian National Education Directorate in East Jerusalem were also shut for six months following a raid by Israeli police earlier in the day.

Israel occupied East Jerusalem, in which Al-Aqsa is located, during the 1967 Middle East War. It formally