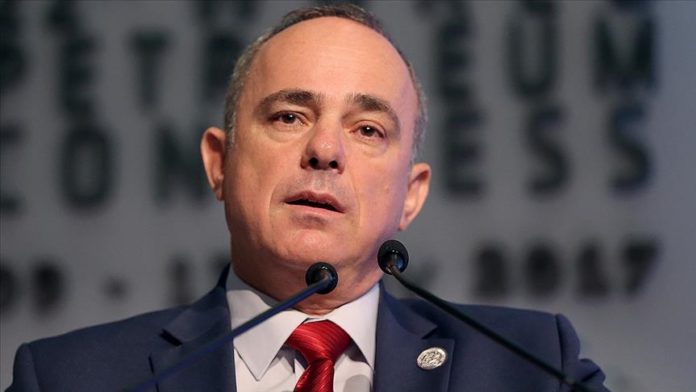 Israel’s energy minister on Tuesday said Tel Aviv is ready to cooperate with Turkey on natural gas in the Eastern Mediterranean.

Yuval Steinitz was speaking to the press about the Eastern Mediterranean Natural Gas Pipeline (EastMed) project during a visit to the Greek Cypriot administration.

Underlining the importance of the underwater pipeline, which he asserted would be the longest and deepest in the world, Steinitz said he hoped the project would be completed in five years.

He also said Israel had previously held talks about exporting gas to Turkey, though this is yet to produce results. He also expressed hope that Ankara could join the Eastern Mediterranean Gas Forum in the future.

Steinitz arrived in the Greek Cypriot administration on Monday and attended the signing ceremony of an agreement to link the electricity grids of the two countries, as well as Greece.

EastMed is a 1,900-kilometer (1,180-miles) natural gas pipeline project extending from Israel to Greece and then on to Italy.

Critics have said it will not be possible to fill the pipeline with the current known gas reserves off Israel’s Eastern Mediterranean coast, and that even if Egypt is added to the project, the project’s feasibility banks on potential new discoveries of reserves in the region.