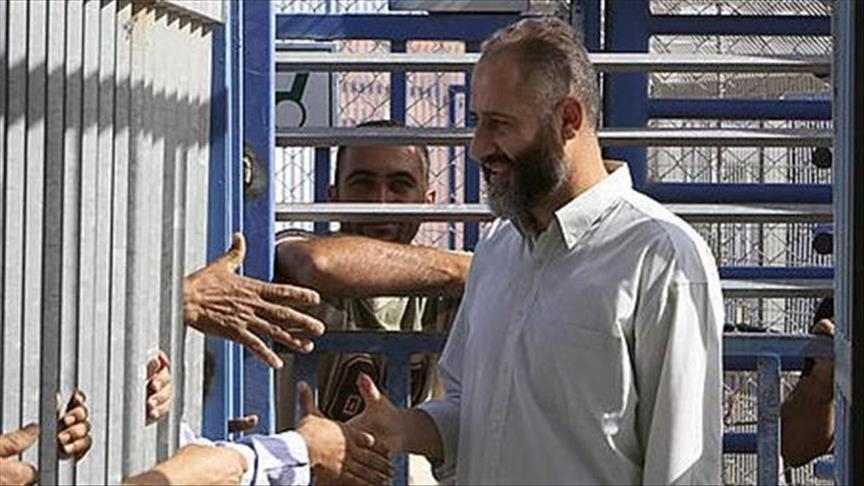 Hamas leader Nayef al-Rajoub said Tuesday he was warned by Israeli intelligence agents against running in the Palestinian elections later this year.

Speaking to Anadolu Agency, al-Rajoub, 63, said he was searched during an Israeli raid on his home in the town of Dura, west of Hebron.

“An intelligence officer then threatened me not to run in the upcoming polls,” al-Rajoub said, adding that he was only allowed to cast a ballot in the elections.

Al-Rujoub, a brother of prominent Fatah leader Jibril al-Rujoub, received the most votes during the 2006 parliamentary elections won by Hamas.

In the Hamas-led government that emerged from those elections, Al-Rujoub served as minister of religious endowments. He had previously been detained by Israeli forces and served more than eight years in prison.

Hamas, which rules the Gaza Strip, had earlier warned of Israeli plans to stage a mass arrest campaign against the resistance group ahead of Palestinian elections later this year.

Over the past month, several Hamas members were detained in Israeli raids, with the Palestinian group warning that the Israeli arrests aim to disrupt the Palestinian elections and affect its results.

Palestinians are scheduled to vote in legislative elections on May 22, presidential polls on July 31, and National Council polls on Aug. 31.