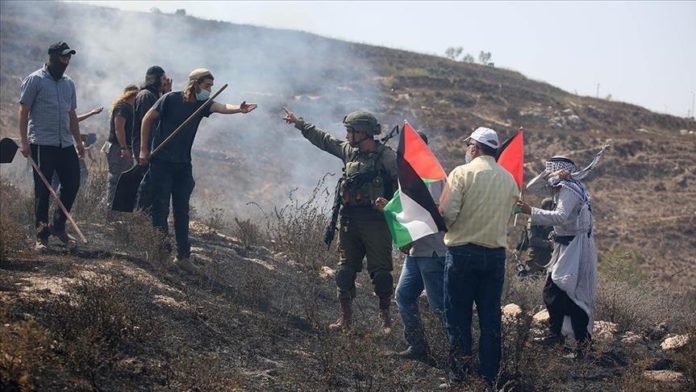 Israeli forces on Wednesday demolished a Bedouin community inhabited by 11 Palestinian families in the occupied West Bank, according to a local activist.

“Israeli bulldozers and trucks moved into Al-Qabbon Bedouin community near Mughayir village, north of Ramallah, in the early morning and surrounded it from all sides,” Faris Kaabaneh told Anadolu Agency.

He said Israeli military forces brought down all structures set up by Palestinian families in the community.

According to the United Nations Office for the Coordination of Humanitarian Affairs (OCHA), Israeli forces demolished at least 421 Palestinian-owned structures in the West Bank this year.

According to Kaabaneh, all the demolished structures in the Al-Qabbon Bedouin community were located in Area C.

Israel prevents Palestinians from carrying out construction projects in parts of the West Bank designated as Area C, which falls under Israel’s administrative and security control.

Area C is currently home to 300,000 Palestinians, the vast majority of whom are Bedouins and herding communities who predominantly live in tents, caravans, and caves.