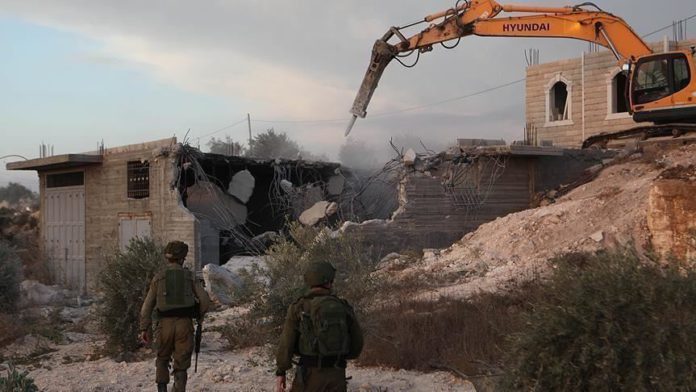 Israeli military bulldozers demolished 11 Palestinian homes in the occupied West Bank, citing lack of permits, according to a Palestinian official on Tuesday.
“An Israeli force raided the Bedouin Hamsa community, east of Tubas town, and demolished the homes,” Moataz Bisharat, who is responsible for monitoring Israeli settlement activity in the Jordan Valley, told Anadolu Agency.
He said the Bedouin community is inhabited by 23 Palestinian families living in tin houses.
There was no comment from Israeli authorities on the report.
Roughly 70,000 Palestinians — along with some 9,500 Jewish settlers — currently live in the Jordan Valley, a large, fertile strip of land that accounts for roughly one quarter of the West Bank’s overall territory.
*Bassel Barakat contributed to this report from Ankara