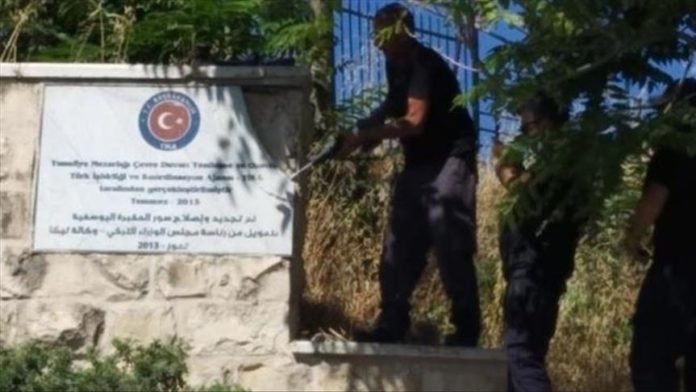 The Israeli-run Jerusalem Municipality raided on Monday a Muslim cemetery in East Jerusalem, according to local sources.

The municipal team along with Israeli soldiers and bulldozers demolished the wall and staircase in the northern part of the Al-Yusufiye Cemetery to make a garden in the area, Executive Director of the Commission for the Protection of Muslim Graves Ahmed al-Dajani told Anadolu Agency.

Dajani called on the Israeli authorities to halt their attacks on Muslim sites in the region.

Dozens of Palestinians gathered in the area to prevent the raid. No statement was yet issued from the Israeli municipality on the incident.

Al-Yusufiye Cemetery, located next to the wall surrounding the Old City, is one of the oldest Muslim graveyards in occupied Jerusalem.

About two weeks ago, the Jerusalem Municipality attempted to demolish a historic staircase that led to the Old City and Al-Aqsa Mosque, but the move was later prevented by the Palestinians.

International law views both the West Bank and East Jerusalem as occupied territories.