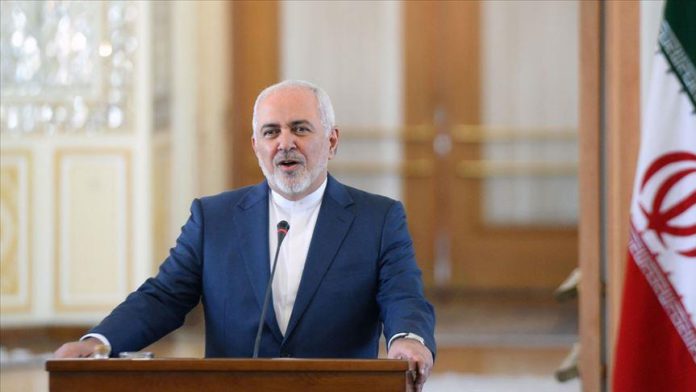 New intelligence reports suggest that Israel is plotting attacks on US forces in Iraq to provoke war between Washington and Tehran, Iran’s top diplomat said on Saturday.

Foreign Minister Javad Zarif said on Twitter that Israeli “agent-provocateurs” are aiming to put outgoing US President Donald Trump “in a bind with a fake casus belli.”

He urged Trump to “be careful of the trap,” warning that “any fireworks will backfire badly.”

New intelligence from Iraq indicate that Israeli agent-provocateurs are plotting attacks against Americans—putting an outgoing Trump in a bind with a fake casus belli.

Be careful of a trap, @realDonaldTrump. Any fireworks will backfire badly, particularly against your same BFFs.

Tensions between Tehran and Washington have soared in recent weeks, following rocket attacks on the US Embassy in Iraq’s capital Baghdad, which American officials blamed on Iran.

On Wednesday, President Trump said there was “chatter” about more attacks against US forces in Iraq, warning that Iran would be held responsible.

In response, Zarif said in a tweet on Thursday that intelligence reports indicate a “plot to fabricate pretext of war,” referring to possible false flag attacks in Iraq.

He said Iran “does not seek war” but is ready to “openly and directly defend its people, security and vital interests.”

Zarif’s message on Saturday was a continuation of his statement on Thursday, now directly pointing a finger at Israel.

Rocket attacks on Baghdad’s Green Zone, which houses the US Embassy, have increased since Iran’s top military commander Qasem Soleimani was killed in a US drone strike last January.

While Washington has directly accused Iran-backed militia groups in Iraq, especially the Kataib Hezbollah group, Tehran has maintained that the groups operate independently.

Ahead of the first anniversary of Soleimani’s assassination this week, speculation has been rife about Iran-allied groups in Iraq planning more attacks on American installations in the country.

Zarif’s warning of Israel planning false flag attacks in Iraq comes days after reports that Israeli and US submarines were moving in the Persian Gulf region.

The maneuvers prompted Iranian officials to warn of a strong reaction.

Abolfazl Amouei, a spokesperson for the Iranian parliament’s foreign policy commission, was quoted as saying that the move would be viewed as an “act of aggression” and the vessels would be an “easy target” for Iran.

Experts believe that Tel Aviv has been preparing for a possible retaliation from Tehran over the killing of its top nuclear scientist Mohsen Fakhrizadeh in November.

Iran has blamed Israel for the assassination and there have been growing calls for retribution within the country.

President Hassan Rouhani’s government, however, has opted for “strategic patience,” saying that it will exact its revenge at an “appropriate time.”