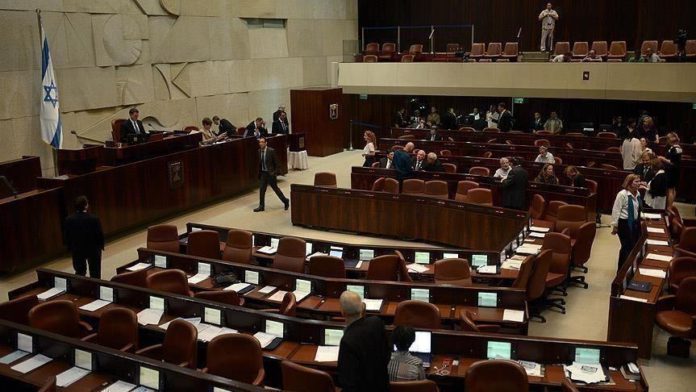 A new political party was officially announced in Israel on Thursday by Knesset member Gideon Sa’ar who split from the ruling Likud party headed by Prime Minister Benjamin Netanyahu.

The Israeli state-owned TV channel KAN said Sa’ar would run in the next public elections under his party’s name “New hope – Unity for Israel.”

Outlining his party’s goals and agenda, Sa’ar confirmed its support for settlement activity and preserving what he described as “the Jewish identity of Israel.”

“Supporting settlement and agriculture in the Galilee and Negev, in Judea and Samaria, and along the eastern spine — from the Golan Heights, along the Jordan [River] and the Araba down to Eilat,” Sa’ar’s added in a statement cited by The Times of Israel.

A veteran politician, Sa’ar is known for his opposition to the two-state solution with the Palestinians as he also adopts the ideas of the far right-wing in Israel.

Last week, he announced his split from the Likud party and his intention to form a new party.

According to an opinion poll on Tuesday, Sa’ar may get 21 seats in the Knesset as the second-largest bloc in the Israeli parliament.

On Dec. 2, Israel’s lawmakers approved a preliminary reading of a bill to disband the Israeli Knesset and to run for early elections. However, it still requires three more readings to be dissolved.

If it is passed, Israel will head for its fourth election in less than two years.