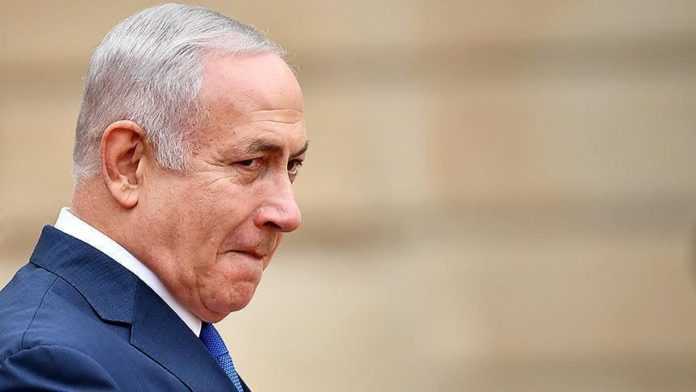 Israeli Prime Minister Benjamin Netanyahu has been prevented from appointing police and judicial officials due to his corruption trial.

On Thursday, the Israeli government’s legal adviser, Avichai Mandelblit, informed Netanyahu of the ban on appointing senior officials in the judiciary and police.

The Times of Israel quoted Mandelblit as saying: “Netanyahu must not be involved in the nomination of judges or the police commissioner, as well as any other appointments that would meddle with the work of the state prosecution, the Attorney General’s Office, or police investigations.”

The newspaper reported that the draft document also said Netanyahu must not advance legislation that relates to the justice system or make decisions on Israel’s communications industry that are related to law enforcement.

In July, Netanyahu criticized Mandelblit accusing him of “conspiring to topple him in order to achieve political motives.”

Netanyahu, 70, is the first Israeli prime minister to face trial while in office, and he denies accusations of bribery, fraud, and breach of trust.