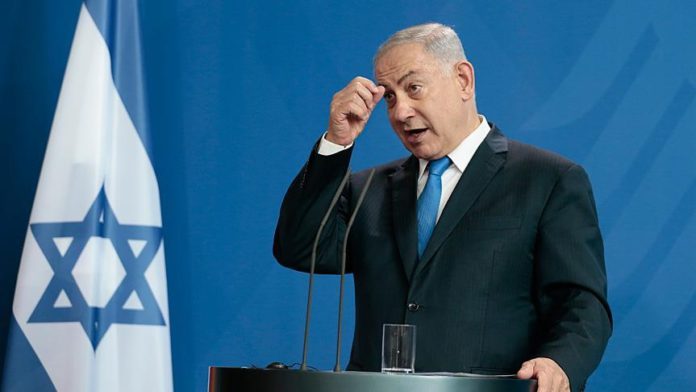 Israeli Prime Minister Benjamin Netanyahu on Monday appeared in the Jerusalem District Court for the resumption of his trial on corruption charges.

Netanyahu remained in the courthouse for about 20 minutes before leaving, according to an Anadolu Agency reported.

“I confirm the written answer submitted in my name,” Netanyahu told the court before leaving the courtroom.

Israeli police imposed strict security measures around the courthouse. Despite the heavy security presence, dozens of Israelis made their way to protest close to the courthouse against Netanyahu and demanded his resignation.

Netanyahu’s trial resumed looking into the charges against him which include corruption, bribery, and breach of trust. Netanyahu has repeatedly denied the accusations.

Netanyahu is preparing himself to run in the upcoming general elections in Israel on March 23, the fourth round of polls in two years.

Netanyahu, who is heading the right-wing Likud party, is the longest-serving Israeli prime minister with more than 14 years in office.