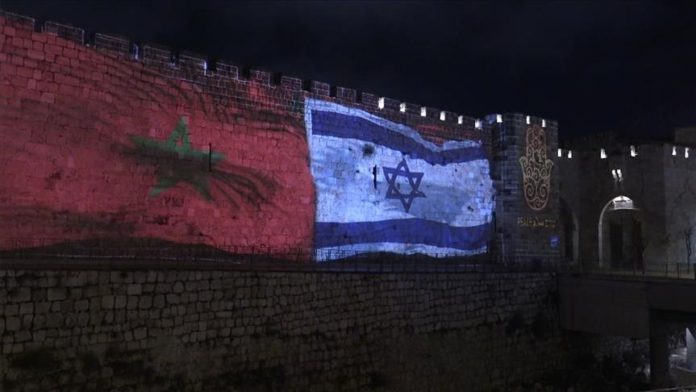 Israel and Morocco have signed their first economic agreement in the fields of investment and finance, the Israeli Ministry of Foreign Affairs announced Tuesday.

Israel in Arabic — a Twitter account run by the ministry which targets an Arabic-speaking audience — tweeted that the agreement was signed between the Israeli and Moroccan finance ministries and aims to boost the trade volume between the two countries to half a billion dollars annually.

There was no mention of the current trade volume.

There was also no indication of where the agreement was signed, but the Israel Today media outlet previously reported that it took place during an Israeli delegation’s visit to Morocco a few days earlier.

Meanwhile, a Moroccan delegation is currently in Israel to complete technical procedures for the reopening of the Kingdom’s diplomatic mission in Tel Aviv which was closed in 2000 at the start of the second Palestinian intifada, or uprising.

Morocco became the fourth Arab country to normalize relations with Israel this year after the United Arab Emirates, Bahrain and Sudan.

The normalization deals have sparked widespread condemnation from Palestinians, who consider the accords a ‘betrayal’ of the Palestinian cause.

Death toll at 117 in South Africa from pro-Zuma protests