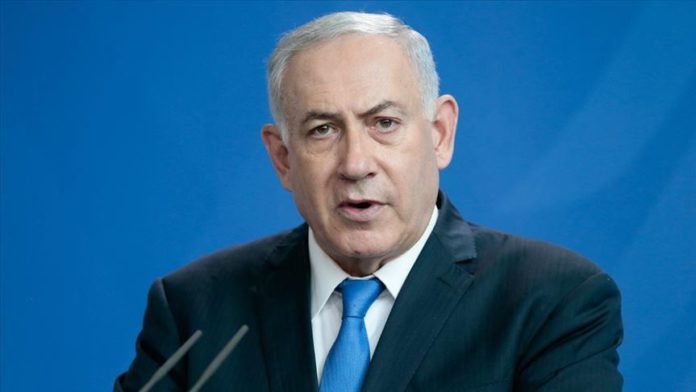 Israeli Prime Minister Benjamin Netanyahu said that certain areas in the occupied West Bank may be annexed in stages rather than in a single step, according to local media.

Netanyahu discussed Israel’s annexation plan for its illegal settlements in the West Bank and the Jordan Valley with retired military officials in a meeting.

During the meeting, Netanyahu expressed his desire to annex up to 30% of the West Bank, but Israeli Defense Minister Benny Gantz and Foreign Minister Gabi Ashkenazi were reportedly not in favor of this.

Netanyahu underlined that Washington asked him to get Gantz and Ashkenazi’s approval for every step he would take to implement the plan.

According to Israeli media, there are some disagreements between Netanyahu and Gantz over how to implement the annexation plan.

Netanyahu’s government plans to hold a Cabinet vote next month to annex parts of the West Bank, which was occupied by Israel during the 1967 Six-Day War.

Netanyahu has repeatedly said he would annex all settlement blocs and the Jordan Valley as of July 1 under an agreement with his rival-turned ally Benny Gantz, the head of the Blue and White coalition.

Earlier last week, Netanyahu told settler leaders that non-settlement areas might be delayed and not be annexed at that time.

Palestinian officials have threatened to abolish bilateral agreements with Israel if it goes ahead with the annexation, further undermining the two-state solution.

The annexation comes as part of US President Donald Trump’s “Deal of the Century,” which was announced on Jan. 28. It refers to Jerusalem as “Israel’s undivided capital” and recognizes Israeli sovereignty over large parts of the West Bank.

The plan involves the establishment of a Balkanized Palestinian state in the form of an archipelago connected by bridges and tunnels.