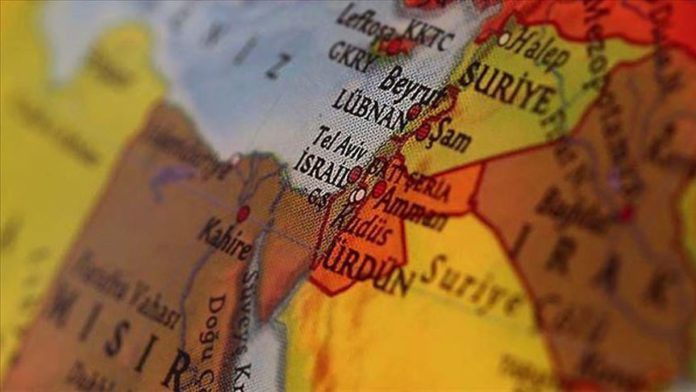 Lebanon’s president announced Tuesday that the first round of negotiations with Israel on border demarcation, to be held on Wednesday at the UN headquarters in the southern Naqoura city, will be “technical” and specific to maritime borders, according to a written statement by the presidency.

The negotiations will be held under the auspices of the UN, Aoun said, adding that “the US presence in the meetings serves as a facilitating mediator for the process”.

Earlier Monday, the presidency’s media office had announced in a statement the names of the technical negotiation delegation for demarcating its southern borders with Israel.

Lebanon’s government on Monday objected to the presidency’s mechanism for appointing the negotiating delegation.

The government said that negotiations and the assignment of delegations should be decided “by joint agreement between the president of the republic and the head of government, and any other approach constitutes a clear violation of the constitution with consequent results.”

Earlier this month, Lebanese Parliament Speaker Nabih Berri announced that negotiations would start with Israel in the middle of the month.

Lebanon is locked in a conflict with Israel over an area in the Mediterranean Sea spanning about 860 square kilometers (some 332 square miles), known as Zone No. 9, which is rich in oil and gas.

In 2016, Beirut announced launch of the first round of licenses for exploration.

The maritime borders between Lebanon and Israel have not seen any military conflicts, unlike the land borders.

Hezbollah controls the area bordering Israel, and sporadic tensions take place as Tel Aviv accuses the group of attempting to breach the border.

US indicts Venezuela's president for 'narco-terrorism'