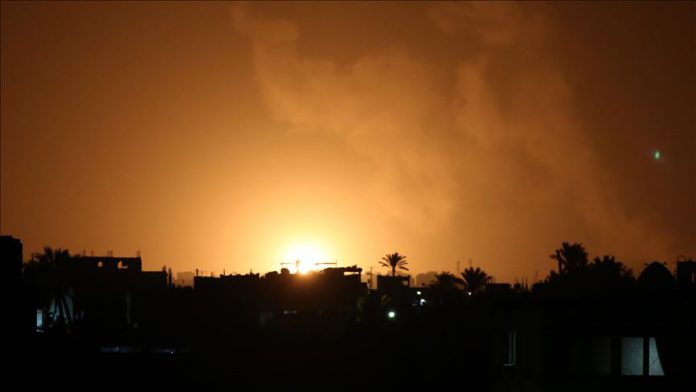 Israeli warplanes carried out fresh airstrikes in the Gaza Strip on Wednesday following a rocket fire, according to the military.

The army said fighter jets struck a number of targets belonging to Palestinian groups Hamas, which rules the seaside territory.

No injuries were reported.

The airstrikes came shortly after the Israeli army attacked a number of Hamas sites in the southern Gaza Strip after two rockets were fired from the enclave into southern Israel.

The military said a weapons manufacturing site and underground infrastructure were among the sites targeted.

Biden, Trump to face off in first presidential debate