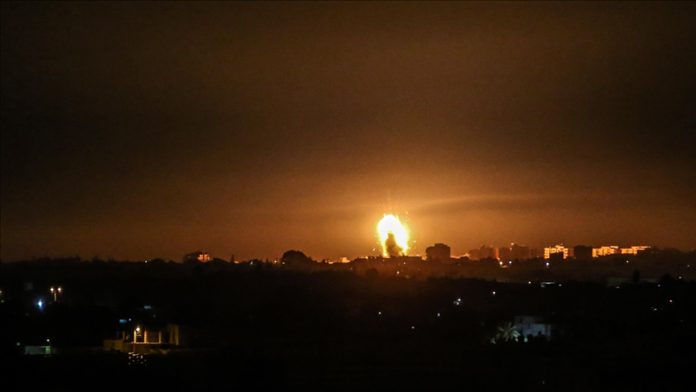 The Israeli army said on Twitter that it hit Hamas targets in Gaza.

Gazan authorities have yet to issue a statement about the airstrikes.