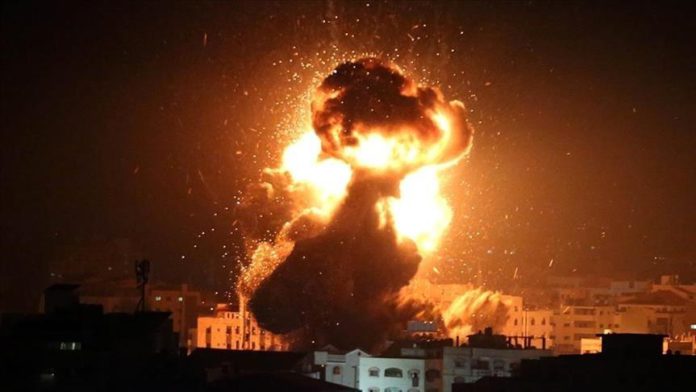 Israeli warplanes carried out airstrikes early Friday on positions in the Gaza Strip belonging to the Palestinian resistance group Hamas.

Hamas has yet to issue a statement on the airstrikes.

From May 10-21, Israel launched airstrikes on the Gaza Strip, killing at least 289 Palestinians and wounding thousands of others, while Palestinian factions responded by firing missiles towards Israeli cities.